According to a monthly employment report by Statists Korea on Wednesday, the unemployment rate for Koreans between the ages of 15 and 29 was 9.2 percent last year, which is the highest since 1999, when the government began tracking the data.

In a country where 70.9 percent of high school graduates go to college, young Koreans are struggling with a lack of “decent” work opportunities. Most four-year university graduates and those with masters degrees want high-paying, regular jobs at large conglomerates or public institutions, but there are only a limited number of such positions available.

Over the past year, Choi Kyung-hwan, the former deputy prime minister for economy and finance minister, has repeated at several press conferences, “I feel very sorry for the young people who are struggling to find jobs these days.”

The former minister, who has now returned to politics, has pushed for controversial labor reform to allow companies to hire more temporary or part-time workers under better working conditions, while also making it easier for them to lay off regular workers. But bills related to improving the labor market have been in a state of impasse at the National Assembly.

That’s the fewest number of new positions since 2010.

Jobs were shed largely in the financial sector, which underwent restructuring last year. The number of new jobs offered by financial institutions plunged by 48,000.

Jobs related to farming and fisheries also plummeted. From a year earlier, new jobs in the sectors fell by 107,000.

On the other hand, manufacturing firms hired 156,000 new employees last year, while accommodations and restaurants employed as many as 82,000. Health and welfare service businesses also gave jobs to 77,000 people.

“The number of new jobs last year seems comparatively lower than the number in 2014, when it showed significant growth,” said Kim Jin-myeong, director for economic policy planning at the Ministry of Strategy and Finance. “The combined reasons for such small job growth in 2015 were the statistical base effect and the outbreak of [Middle East respiratory syndrome].”

The overall unemployment rate for Koreans between ages 15 and 64 stood at 3.6 percent, up 0.1 percentage point from 2014. The figure was the highest since 2010, when the Korean economy was affected by the U.S.-triggered financial turmoil.

The overall growth is contributable to an increased number of employed people in their 50s and 60s.

One of President Park Geun-hye’s major economic goals is to bring the employment rate to 70 percent by 2017. 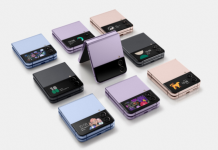 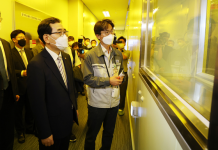 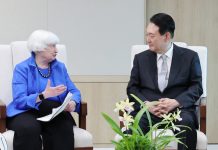