Universal CityWalk is going under construction for the first time in 15 years.

Universal Studio announced yesterday that the quarter-mile-long CityWalk connecting between Universal Studio and its parking lots will be renovated. Opened in 1993 as a small shopping district with souvenir shops, Universal CityWalk did not change much since 2000 when restaurants are added around the theater.

What’s noticeable about this renovation is the project to upgrade AMC Theater. Remodeling construction of the theater to upgrade the seats and sounds will be completed by late this year or early next year.

Although specific changes Universal CityWalk will go through is not unveiled yet, it is anticipated to resemble the changes Disney Springs in Orlando went through. 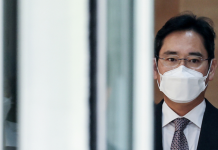