The tea market is expanding in Korea as consumers look for healthier options and as tea becomes an alternative to coffee.

“The new seasonal drink is in the top five for sales among non-coffee items,” said a spokesperson for Hollys Coffee.

Sales of kombucha tea, a type of fermented fizzy sweet-and-sour drink popular in Korea, on WeMakePrice rose 221 percent on year in June, according to the e-commerce company.

Whittard of Chelsea, a British tea brand that started in 1886, landed in Korea in January.

The brand is gradually expanding its presence in Korea. It opened a store in Cheongdam-dong, southern Seoul on June 25, after opening its first store in Korea in Gangnam south of Seoul earlier this year.

“In the tea industry, people say the tea culture develops more than the coffee culture once people’s average annual income breaks $30,000,” said a spokesperson for Whittard of Chelsea.

“Coffee is beyond just a drink in Korea. It has developed as a means for networking and has become a part of leisure culture, meaning there is a high potential for the tea market to grow in Korea.”

Unlike before, tea brands are not only targeting the middle and old age group, but also the young generation who are looking for new experiences.

Young people are not so familiar with the culture of drinking tea, but as there are more people looking for their personal tastes, younger people are diving into the tea market.

“There are many options to explore for those young consumers who are willing to find their personal taste,” said Kate Woollard, a product specialist at Whittard of Chelsea.

“There are thousands of different types of tea, including white tea, black tea, oolong, yellow tea, green tea, and Pu’er tea, and blended and flavored tea.”

According to the UK Tea & Infusions Association, people in Britain drink around 100 million cups of tea a day. The country’s traditional culture of drinking tea with milk, especially black tea, has led people to debate whether to pour tea first or milk first.

“It really depends on people’s preference, but it tastes slightly different depending on whether you pour milk or the tea first,” said Woollard.

“If you prefer a sweeter drink, you should pour milk first, and if you want to taste the taste of milk, pour the tea first then the milk.”

Pouring the milk first and then the hot tea denatures the protein in the milk, making the drink sweeter.

Two different ways of drinking iced teas in the summer were also recommended. Cold brew is recommended for tea that contains only black tea leaves. For blended tea, it is better to pour hot tea over ice. 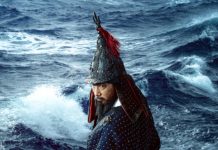