A group of South Korean scientists is working on the development of a new material to prevent hair loss.

Ministry of Science and ICT of Korea said on November 20 that a research team, led by Dr. Choi Kang-yeol of Yonsei University, has discovered a protein which restraints hair growth.

Previously released hair loss treatments, which merely regulate the speed of hair growth, cannot grow hairs back. In addition, such treatments have a side effect of decreased testosterone.

The team also successfully developed a substance called PTD-DBM, which prevents the chemical bond of CXXC5 and Dishevelled protein.

“Disrupting the CXXC5-Dishevelled interaction with a competitor peptide activated the Wnt pathway and accelerated hair regrowth and wound-induced hair follicle neogenesis,” the researchers said in a paper.

The research was funded by the Ministry of Science and ICT. The research results were published in “Journal of Investigative Dermatology” issued on October 20.

“This research discovers a protein related to the regulation of hair generation and develops a new substance to stimulate hair regeneration by controlling the discovered protein,” said Dr. Choi. “The developed substance, as a first-in-class drug, is expected to be applied to a hair loss treatment, in addition to a treatment that regenerates damaged skin cells.” 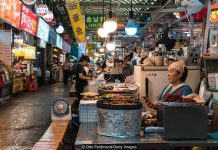