Two months ago, one of the most popular American TV show hosts, Conan O’Brien, had a week-long visit to South Korea after receiving a fan letter from his Korean fan. Upon the visit, Conan posted a series of sneak peeks of his experiences in Korea through Team Coco’s Instagram account (@teamcoco), arousing curiosity of his fans both in Korea and the U.S.. And finally on April 9, Conan in Korea episode was broadcasted.

Through the episode, one can witness Conan’s effort to introduce various components of Korean culture. The first thing to be mentioned regarding such effort is his appearance on JY Park’s music video. JY Park is a singer and record producer, who is even more famous among K-pop fans as the owner of Korean entertainment company, JYP Entertainment. In the episode, Conan does K-pop star make over, K-pop dancing, and lip-syncing along with JY Park and Steven Yeun.

Then he goes to learn Korean language. With his Korean teacher, Jin Shil, Conan studies essential expressions in Korean, as well as how to keep the safe distance.

If you wonder if he really learned anything, check out how he made his acting debut on Korean soap opera, One More Happy Ending.

Of course, there always is a predestined encounter with special someone on the road. Here is Conan’s encounter with Samuel at the least expected place.

Even though his schedule in Korea must have been tight with tons of things covered only in one week, Conan did not forget to address the sad reality of on-going tension between South Korea and North Korea. In the episode, Conan visits Demilitarized Zone and hosts the very first talk show in North Korea. Without losing his sense of humor, Conan addresses the almost surrealistic status of Korean division and hope for the peace.

To see more about what Conan O’Brien did in Korea, including visits to PC Bang, Buddhist Temple, and the Taekwondo Headquarter, check out more video clips at official Team Coco website: teamcoco.com/korea 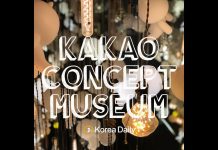 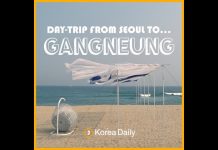