The number of men who have taken paternity leave this year is expected to soon pass 10,000 for the first time, though this number is still small compared to the total male population.

According to the Ministry of Employment and Labor Monday, 5,101 men in the private sector took paternity leave during the first half of this year, which is 52.1 percent higher than the same period last year.

“We believe the number of male workers taking paternity leave continues to rise in the country as the government expanded the benefits for those who take such time and as society is changing,” said Kim Jong-chul, a Labor Ministry director. “Looking at the current pace, we expect the figure to surpass 10,000 for the first time.”

But the number of those who took paternity leave still remains low, given that in Korea there are 3.47 million male workers in their 30s.

The 5,101 noted above only accounts for 0.001 percent of all employees in their 30s, who are most likely to take childcare leave.

In 2014, the government implemented a policy that helps more men take paternity leave.

Before 2014, when a couple would take childcare leave, only one of the spouses would be allowed to receive full salary during the leave. But under the new policy, parents can switch off who takes leave while receiving a salary. One parent can take their paid leave first, and when they return to work the other can begin their leave with full salary.

According to a 2014 survey by the Korean Women’s Development Institute, 41.9 percent of male workers said they are not comfortable taking paternity leave, as they worry about a fall in income.

The Labor Ministry added Monday that it will work on creating a working environment where more people can spend time with their family. The ministry said it will work to have all employees go home when their work hour ends and reduce the frequency of people contacting each other for work after business hours. 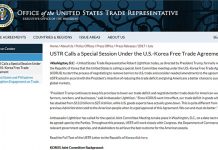