Korean restaurant Atomix, located in New York, was named the best restaurant in the Big Apple according to the newly released World’s 50 Best Restaurants list.

During a ceremony held in London on Monday, Atomix landed in the 33rd spot. The only other U.S. restaurant to make the list was Le Bernadin, which is also based in New York. It ranked 44th.

Atomix also won the Art of Hospitality Award, a first for a Korean restaurant.

Atomix has been highly reviewed; it got its first star from the Michelin Guide New York only five months after opening and added another star in 2020. The New York Times named Atomix the No. 1 new restaurant in the city at the end of its opening year.

Chef Park has been nominated for two James Beard awards — often called the Oscars for chefs in the U.S. — for Best Chef in New York State, in 2020 and 2022.

“The rise of the Atomix has been largely supported by all the Korean players that are putting their restaurants inspired by Korean food and culture out there in New York, such as Jungsik, Jeju Noodle Bar, Jua, Cote and more, as their works combined have attracted the attention of New Yorkers and made Korean food hot,” Choi added.

Atomix is known for using Korean words to explain dishes on its menu, as well as offering diners a choice of chopsticks to use during their dining experience.

“Arguably the most successful way that the service integrates with the food is the manner in which it creates a dialogue around Korean cuisine, educating diners but without preaching,” said the World’s 50 Best Restaurant.

“While defining what Korean raw ingredients or kimchi fermentation entails, guests inadvertently receive a greater understanding of the nuance and technique at play on the plate.

Published annually by William Reed Business Media, The World’s 50 Best Restaurants holds an awards ceremony for its honorees in a different city each year. It also has Asian and Latin American editions to better promote newly rising food capitals. Different from the Michelin Guide, which only reviews restaurants in cities that have been chosen by the organizer, over 1,000 designated voters from all over the world can nominate and vote for restaurants in any city.

While Atomix is the only restaurant run by Koreans to make the top 50 list, two more were ranked on the top 100 list. Seoul’s Mingles by chef Kang Min-goo was ranked 71st and Singapore’s Meta by chef Sun Kim entered the top 100 list for the first time this year at 95. Korean-American chef Corey Lee’s Benu was ranked 97. 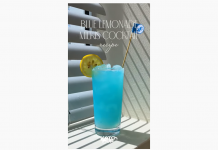 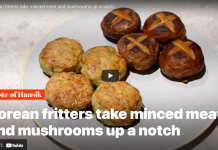