Korean New Year ‘Seollal’ 101: for those who need ultimate guide

The Lunar New Year “Seollal” is one of the most important traditional holidays in Korea. A Lunar calendar is a calendar based on the monthly cycles of the Moon’s phases, so the dates of the holiday vary slightly from year to year. “Seollal” of this year is on January 22.

How does Korea celebrate the Lunar New Year “Seollal“?

The main dish for the Seollal is tteok-guk, a rice cake soup. The clear broth and white rice cakes symbolize a clean start to the new year.

According to the Korean age system, Korean count their ages from the first day of the lunar year. Once you finish eating a bowl of tteok-guk, you become one year older. This is a custom used generally in Korea. It could be shown by a long-ago book, which is written by Kim Mae-soon, a scholar during the Joseon dynasty, in 1819. The scholar recorded “people say ‘how many bowls of rice cake soup have you eaten so far?’ to ask children their age.”

However, Korea is to scrap its traditional method of counting ages and adopt the international standard this year. This culture may disappear someday. 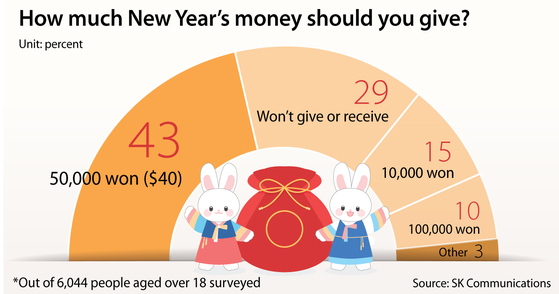 On the Seollal, Korean get up early in the morning and put on new clothes or hanbok. They perform the ancestral memorial ceremony or do new year’s traditional bows, Sebae, to their elders by saying the words ‘saehae bok mani badeuseyo’ (Hope you get a lot of good fortune for the new year).

After the kowtows, the elder members of the family typically reward this gesture by giving children new year’s money called ‘sebaet don’ as well as offering good advice realized from the wisdom of their lives.

3. A spam gift set is a popular gift item for Seollal in Korea

There is an old custom of giving gifts to express gratitude to people around during the traditional holidays, especially seollal and chuseok. A spam gift set is a popular gift not missing every year.

Even though spam has been recognized as a cheap canned ham product in western, Korean loves spam as a side dish. This is because it is simple to cook and goes well with rice, which is a staple food of Asians.

In addition, as the trend of cost-effective consumption spread in the 2000s, sales of spam with reasonable prices continues to grow. the more difficult the economy is, the more low-priced gift under $50 such as a spam gift set or an olive oil gift set will be sold during the holiday season.

A couple commits a series of theft crimes in LA Koreatown

Seattle armed-robbery follow-up: The victim was the father of Korean singer-songwriter