On August 8, a press conference was held in Seoul, Korea to discuss incidents involving filmmaker Kim Ki-duk, who has recently been sued by an actress featured in his 2013 film Moebius. Those who were present on behalf of the actress claimed, “The actress was slapped by the director Kim several times on set and forced to take a sex scene that was not included in the scenario.”

People from the joint group consisting of a women’s rights group, legal representatives, and film worker’s group raised their voice to argue that this incident was nothing peculiar, that such cases are happening very commonly in Korean film industry.

“It’s a unique culture of the Korean cinema that filmmakers direct shooting as if they are teaching students,” says film critic Park Woo-sung. “Such apprenticeship and the country’s deep-rooted patriarchal culture have resulted in the current problems of the Korean cinema.”

In reality, cases that violate human rights have been happening repetitively in the industry. In 2012, an actress featured in House with a Good View claimed that a scene with nudity was included in the film despite the mutual consent to remove the scene. Following the accusation against Kim Ki-duk, an actor in a low-budget movie was accused in 2015 of leading a violent sex scene and sexual assault without prior agreement. This year, the actress of Another Way alleged that she had to inhale toxic gas while filming.

Professor Lee Soo-jeong of Criminal Psychology at Kyonggi University comments that it is especially difficult to properly deal with sexual assault cases happened while shooting. “A sexual assault happened on set is not regarded as a rape,” says Lee. “So the case report tends to be delayed and even if the actor reports the case, it is hardly brought to a prosecution.” Moreover, there is no prescribed rule or code that delineates such violence.

Triggered by a series of incidents, film workers’ groups are preparing to arrange a response organization designed to deal with sexual assaults in the industry. They are also discussing to conduct on-set guidelines based on various cases. 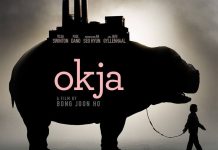