Introducing five shooting spots of Korean films released in 2015. Each place is appealing itself, but the charm will be maximized for those who enjoyed the film. 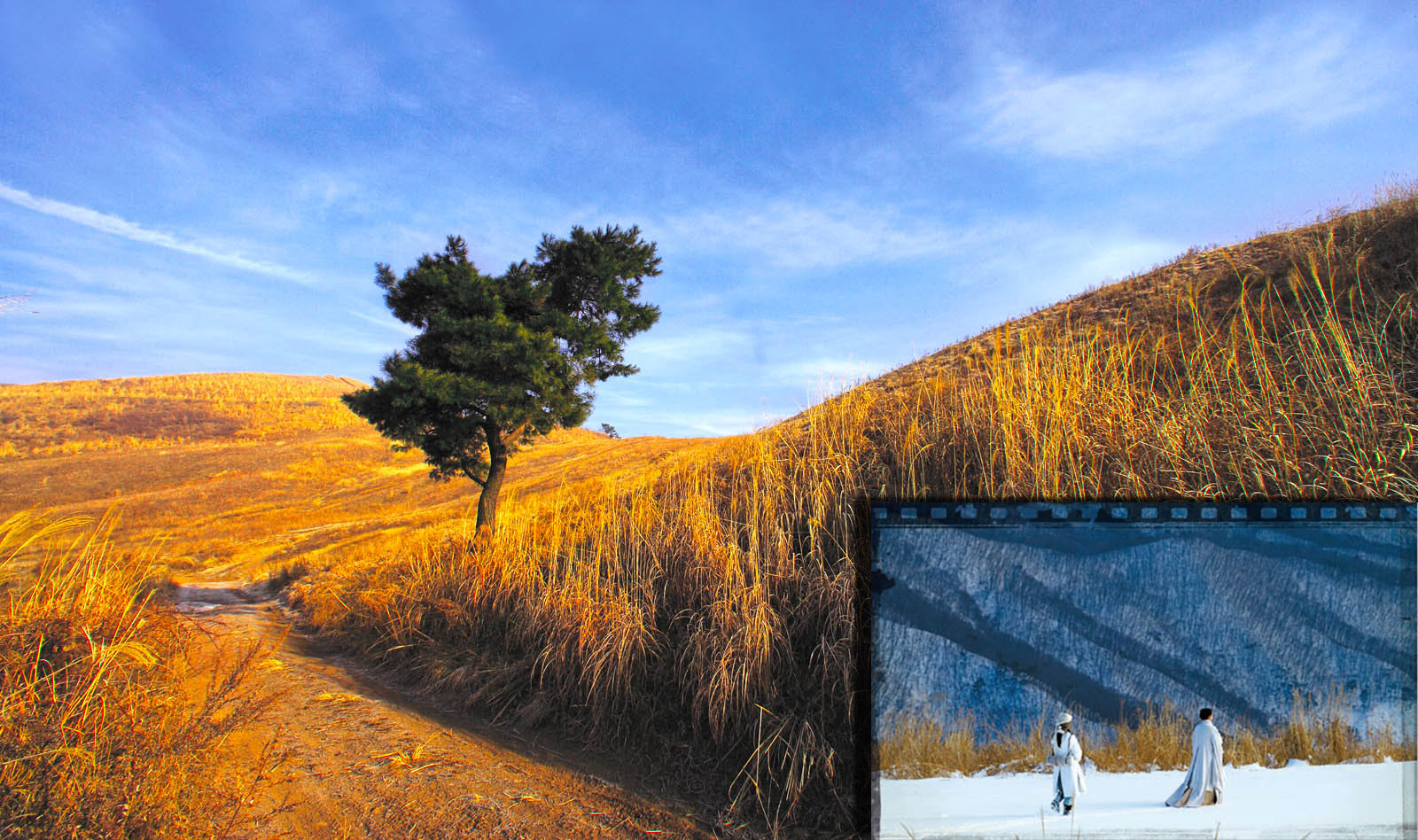 In the film, Daebusan can be found in the last scene of Memories of the Sword, where Walso and Hong walk along the snow-covered hill. The movie was filmed at this location in February, 2014.

Daebusan, located in Yang-pyeong, Kyunggi-do, is famous for its picture-like landscape, which is even more beautiful when it is covered with snow. Hiking about an hour along the track will lead you to the plateau with an open view. On the top of the mountain, you can find a panorama-view of Namhan River as well as downtown of Yang-pyeong. King and the Clown (2005) and The Face Reader (2013) were also filmed at Daebusan. Near the top of the mountain, there is a house featured in The Face Reader as the house of Nae-kyung.

2. Right Now, Wrong Then – Cafe ‘The Poet and the Farmer’ (Suwon, Kyunggi-do) 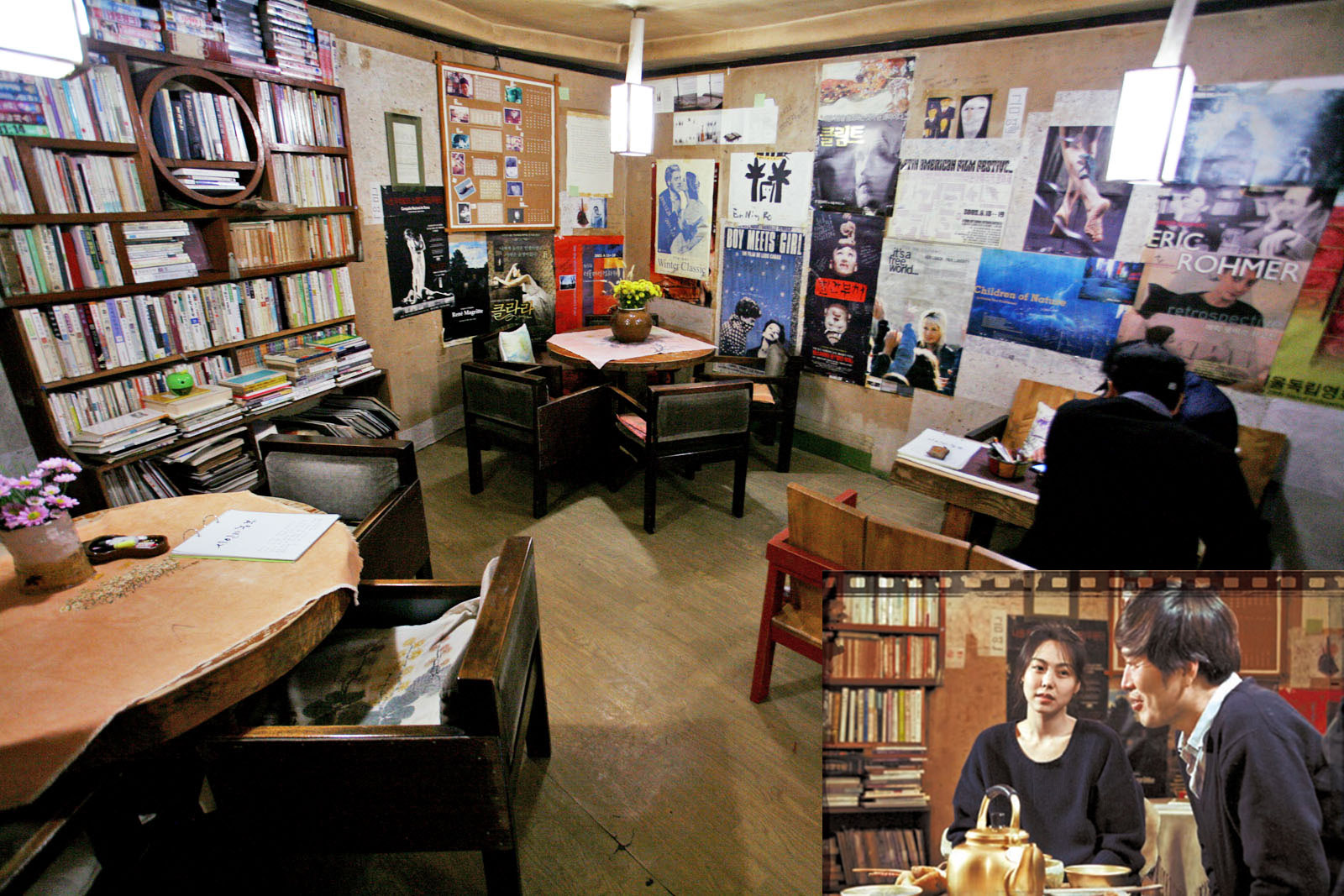 In the film, Ham Chun-su and Yoon Hee-jung get drunk at this place. Coming across at Boknaedang, Chun-su and Hee-jung visit places in Suwon together and ends up at this moody bar, ‘The Poet and the Farmer.’

In reality, this place is not a bar but a Korean traditional cafe where you cannot even find coffee. That means that you can’t have makgoli as in the film. At this 27-year-old cafe, you may not find makgoli, but antic collection of books, teacups, organ, etc. makes this place attractive even enough without a drink. Even though ‘The Poet and the Farmer’ is rather an old-fashioned place, it is popular among younger population. 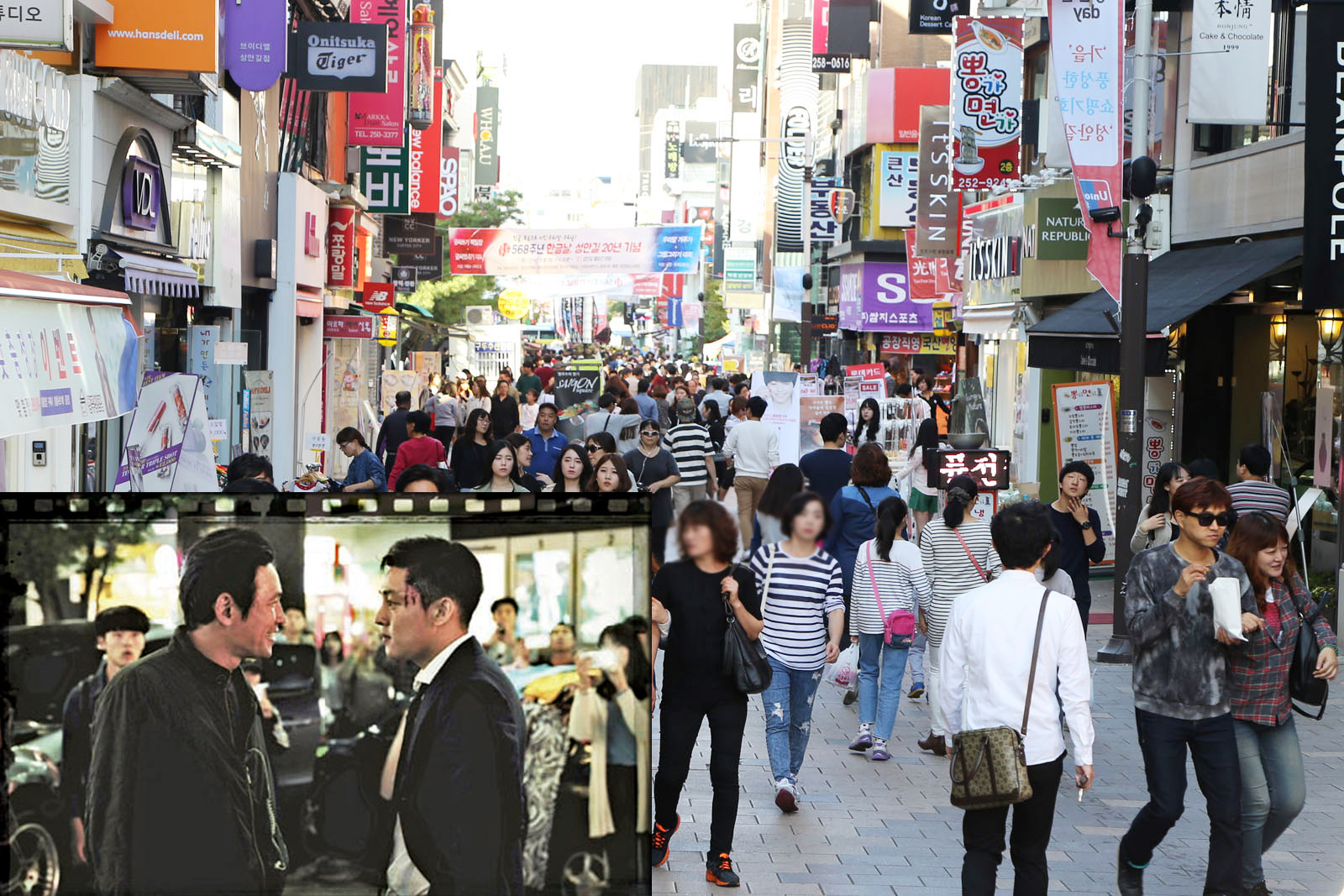 The final chasing scene of Veteran was filmed at Sungahngil. In the film, Jo Tae-Oh’s car and Suh Do-Chul’s motorcycle runs through the narrow paths between buildings. Right at the populated street is where Tae-Oh and Do-Chul have bloody fight towards the ending. The popular line, “I’m the owner of Artbox,” can be found in the scene (and yes, Artbox indeed is located here).

Many people think that the final fighting scene was filmed at Myeong-dong, but it actually was filmed in Sungahngil. Even though the film depicts the place as Myeong-dong, filming at Myeong-dong was nearly impossible with so many visitors there, so Sungahngil was chosen as a replacement. This street is the most busy place in Chung-ju: Malls, theaters, street stalls with narrow paths make the place surprisingly resemble Myeong-dong, Seoul. 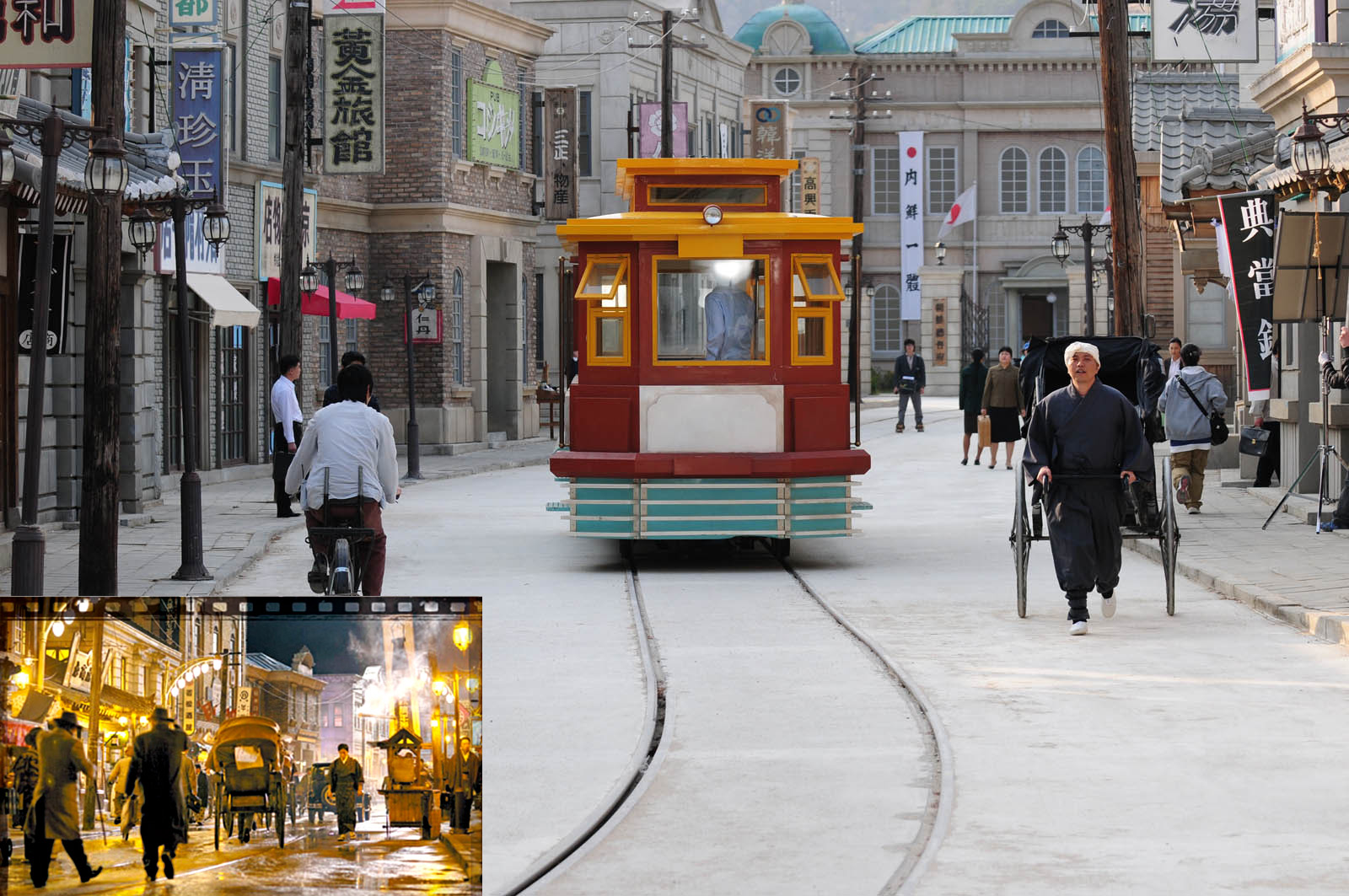 A number of scenes were shot at this theme park. The first scene shot at this location features Hawaii Pistol and Kawaguchi. Thinking Hawaii Pistol a Japanese general, Kawaguchi shots a Korean girl on the street and signifies Hawaii Pistol that he killed three-hundreds Koreans by raising his fingers. Including this scene, many other scenes were shot at this theme park as it is famous for displaying Korean streets and buildings between 1920s and 1980s. Hapchun Movie Theme Park, built across 74,600㎡ of land, is a studio and an attraction at the same time. If you are lucky enough, you may get a chance to find a film shooting. 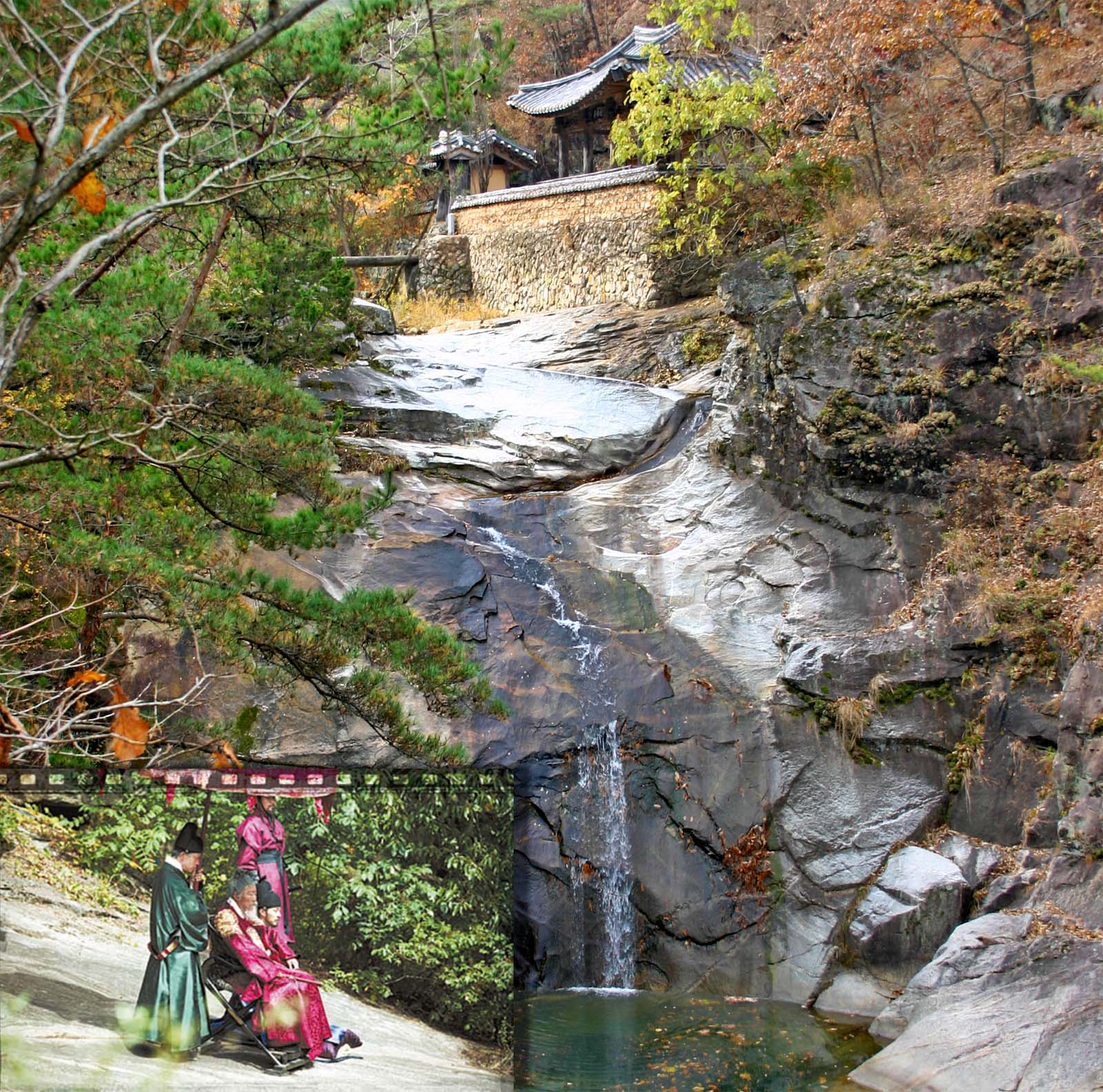 Towards the end of the film, old King Youngjo and Jeongjo, son of Prince Sado, who’s dead by then, are facing the fall, seeing Prince Sado’s writings disappearing with water. Jeongjo cries and Youngjo speaks to his grandson: “Don’t mention your father’s death from now on. Sorrow is sorrow, and loyalty is loyalty.”

This scene, which leaves audiences with mixed feelings, was shot at Manhyujung. Manhyujung is a small palace built in 1500s, located within the valley in the southeast of Andong. An elegant gazebo with 24 meters of Song-ahm fall creates a distinguished scenery.