A diary left by a female noncommissioned officer who died in an apparent suicide at the Air Force 20th Fighter Wing in Seosan, South Chungcheong alleged bullying within her unit, according to a human rights group on Wednesday.

The 21-year-old technical sergeant, surnamed Kang, was found dead on July 19 in her dormitory on base. Her death is being investigated by the Air Force.

At a press conference on Wednesday, the Center for Military Human Rights said, “Based on the content [of an entry] and other circumstances detailed in the diary found where Sergeant Kang died, we believe bullying was a factor in Sergeant Kang’s death,” adding that the civic group also discovered “irregularities in the initial response by the military’s investigative authorities.”

The 20th Fighter Wing is the same Air Force unit accused of trying to cover up the sexual assault of Lee Ye-ram, a female master sergeant who committed suicide in May 2021 after her assailant went unpunished.

Lee’s suicide prompted her family to demand justice in a petition on the Blue House website that got over 217,000 signatures.

The officer accused of sexually assaulting Lee killed himself in July 2021 while in detention awaiting trial.

The Defense Ministry only indicted 15 people out of 25 individuals suspected of wrongdoing in that case. The ministry did not bring indictments against military police or prosecutors working for the 20th Fighter Wing, who initially handled the sexual harassment report by the victim.

In Kang’s case, the Center for Military Human Rights Korea alleged her diary provides evidence of an atmosphere at the 20th Fighter Wing that led her to kill herself. Parts of the diary were read aloud at the news conference.

“I did nothing wrong, but all the blame is put on me,” Kang wrote. “The master sergeant takes his anger out on a technical sergeant who looks like an easy target,” she added, referring to herself in the third person.

“Based on the details contained in the diary, we believe the cause of Kang’s death can be found within her unit,” the group said.

The group also said that Kang’s room, which was the same one in which Lee committed suicide, likely played a role in her emotional distress.

Kang, who was commissioned just over a year ago, moved into her on-base residence in January. It had been left vacant since Lee’s death in May 2021.

“It was not until April this year — three months after she moved in — that Kang learned her room was the same one in which Lee died,” the group said, adding that she had expressed anxiety and fear related to her living quarters to colleagues.

The human rights group called for a probe into why the unit assigned the room to her without informing her that it was used by Lee and whether the authorities were aware of her distress. 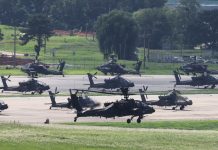