A Korean spacecraft is on its way to the moon after successfully launching and reaching a slingshot trajectory.

It is the country’s first step into true space and into a space club that includes but a handful of nations.

“Korea is now taking a great leap beyond earth,” Science Minister Lee Jong-ho told a group of reporters, ministry officials, and space agency employees, many of them clapping as news came through that the spacecraft had made contact.

The SpaceX Falcon 9 rocket carrying the Danuri lunar orbiter blasted off into a clear, hot Florida sky from the Cape Canaveral Space Force Station at 7:08 p.m. on Thursday, Friday morning at 8:08 in Korea.

The orbiter separated from the upper stage rocket 40 minutes after the launch at an altitude of 703 kilometers (436 miles). It made its first contact with the ground center at around 9:40 a.m., Korean time, through NASA’s deep space antenna in Canberra, Australia, according to the Ministry of Science and ICT.

Engineers at the Korea Aerospace Research Institute (KARI) headquarters in Daejeon cheered upon hearing the news.

Danuri, formally Korea Pathfinder Lunar Orbiter (KPLO), is on the right track to the moon, and confirmed the science ministry at 2 p.m. Friday. The 678-kilogram (1,495-pound) orbiter is set to arrive at the moon on Dec. 16.

The spacecraft “is heading beyond the gravity of the earth and toward the moon,” Lee announced from Florida, adding that the launch is “the beginning step in Korea’s space development history.”

If the orbiter successfully settles into the targeted orbit circling the moon and completes its one-year mission, KARI will be the seventh space agency to put a satellite into orbit around the moon, following those of Russia, the United States, Japan, the European Union, China, and India.

Danuri’s journey to the moon will last for four and a half months, as the orbiter is making a long detour on a”ballistic lunar transfer trajectory.”

It will head toward the sun first, as far as 1.6 million kilometers from earth, before heading toward the moon by using the gravitational pull of planets. The transfer method minimizes the amount of fuel consumption, explained KARI.

The lunar mission will begin in February 2023, after a month of tests through January, and will last until December. Whether the mission can be extended will be determined by July 2023.

Danuri will circle the moon 12 times a day at an altitude of 100 kilometers. The mission is to collect data related to lunar resources and search for a lunar landing location. It will also test interplanetary “internet” communications for the first time ever.

The spacecraft is carrying six payloads, including ShadowCam from NASA and five others developed by local research institutions and universities.

A KARI-developed high-resolution camera, the Lunar Terrain Imager, is one of them. The goal is to collect high-resolution images of lunar surfaces for Korea’s moon landing, which is slated for 2031.

A delay tolerant network (DTN) experiment payload, developed by Korea’s Electronics and Telecommunications Research Institute, will be tested for interplanetary communication in space. DTN technology allows for communications in environments where signals may not be continuous or stable. It is seen as the basic architecture for the internet in space.

“Dynamite” (2020), by BTS, will be sent from lunar orbit to Earth using the technology.

NASA took part in supporting the Danuri program through development and launch operations, and Korea, in turn, agreed to install the ShadowCam on Danuri, according to KARI.

NASA’s ShadowCam will take pictures of shadowed regions of the moon for the Artemis program, a NASA-led project to send humans to the moon by 2025 and establish a lunar base by 2028. Korea joined the Artemis project in May last year.

Significance of the Danuri mission

The ultimate goal of deep space exploration is, as in the case of the NASA-led Artemis program, scientific discovery and economic benefits.

During its mission, Danuri will search for resources on the lunar surface, which is abundant in rare earth elements and helium-3. Helium-3 is considered a potential future energy source.

Though the technology is still in its early stages and the Danuri program is not likely to create meaningful economic value any time soon, it marked a starting point for Korea’s deep space exploration amid the rapid expansion of the global space economy.

“Domestically developed Danuri will create an opportunity for Korea to improve our standing in the global space sector and become a space power,” said Vice Minister Oh Tae-Seog of Science and ICT in a release Friday.

For Korea, the Danuri mission also holds significance as a cornerstone for further collaborations with overseas space players such as NASA.

“Though there wouldn’t be no immediate difference in the short term, if we continue to carry out international projects like the Danuri program successfully, the space powers including the United States will acknowledge Korea’s technological capabilities, and that will result in a bigger opportunity to participate in global projects,” said Lee Kyun-ho, associate professor of the aerospace engineering department at Sejong University.

Lee explained that this would help domestic aerospace companies in the global market in the future.

During the trip to the United States to watch the launch of Danuri, Science Minister Lee on Aug.1 met with leaders of U.S. space efforts, Chirag Parikh, Executive Secretary of the National Space Council (NSpC), and Bill Nelson, the administer of NASA, to discuss the Korea-U.S. Alliance in the Artemis program and investing in the development of Korea’s satellite navigation system.

In 2020, Korea took up about 1 percent of the global satellite market, according to a report by the Export-Import Bank of Korea released in May. The global satellite industry is worth $270.6 billion in total and includes satellite and rocket manufacturing, launch services, and satellite communication services.

The next step will be a moon landing. Korea aims to put its first moon lander, weighing over 1.5 tons, into space with a domestically-developed rocket by 2031. 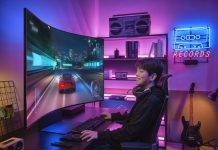