[Column] The costs and risks of Korea’s nuclear armaments 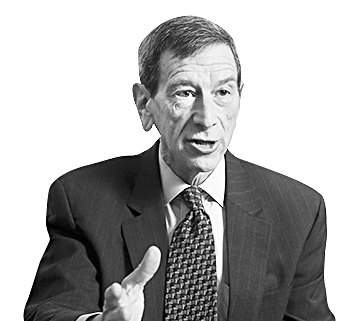 Robert Einhorn
The author is a senior fellow at the Brookings Institution and a former senior official at the U.S. Department of State responsible for nonproliferation and arms control issues.

With the rapidly advancing North Korean nuclear threat and persistent questions about the reliability of the U.S. nuclear umbrella, it is understandable that South Koreans are debating whether to acquire their own nuclear weapons. It is, of course, South Korea’s sovereign choice. But it is a choice that should be made only after careful consideration of its many implications, especially for the security and well-being of the South Korean people. And when those implications are thoroughly weighed, it is unlikely the ROK will opt for going nuclear.

North Korea’s emerging capability to reach the American homeland with ICBMs has led South Koreans to ask whether the United States would fulfill its treaty commitment to defend the ROK, including by using nuclear weapons, if it meant putting American cities at risk.

America’s NATO allies asked themselves the same question during the Cold War, when the USSR could target the United States with many more nuclear weapons than the DPRK possesses. Their answer was to rely on the U.S. extended nuclear deterrent.

South Korea has many reasons to do the same. With the unique U.S.-ROK military command structure, 28,500 U.S. military personnel stationed in South Korea, many tens of thousands of American citizens living there, and strong historic ties and shared values, any military conflict on the Korean Peninsula would immediately engage vital U.S. interests and ensure a decisive U.S. response.

Together, the ROK and U.S. already have an effective deterrent against DPRK aggression. Alliance conventional military capabilities are robust and are being strengthened by major advances in South Korea’s own capabilities. U.S. nuclear forces are numerous and powerful, including ICBMs and submarine-launched ballistic missiles and dual-capable fighter aircraft and strategic bombers that can be deployed forward in a crisis.

Kim Jong-un must know that his forces would be soundly defeated in any conventional military encounter with the U.S.-ROK alliance. And with the United States committed to putting an end to his regime if it uses nuclear weapons, Kim must recognize the extreme risks to himself and his regime if he initiated nuclear use in the hope of ending the conflict on favorable terms.

A South Korean nuclear weapons capability might not end the U.S.-ROK mutual defense treaty, but American support for the alliance would erode. Why, Americans would ask, should the U.S. continue to bear the costs and risks of keeping troops in the South when the South Koreans say they can defend themselves and no longer have faith in U.S. commitments? Why should the ROK remain under the U.S. nuclear umbrella?

Some advocates of an ROK nuclear capability believe it would incentivize the North to negotiate with the South and agree to reduce or even eliminate its nuclear weapons. But this is wishful thinking. It would be more likely to motivate Pyongyang to accelerate its nuclear and missile programs and precipitate an expensive and destabilizing inter-Korean nuclear arms competition.

Acquisition of nuclear weapons would also undermine ROK relations with China, its main trading partner. Seoul would portray its decision as aimed strictly at North Korea, not China. But Beijing wouldn’t see it that way. It would see it as strengthening a U.S.-led coalition aimed at containing China. China’s punitive measures following South Korea’s acceptance of Thaad would be a mild version of how Beijing would react to an ROK nuclear program.

Seoul’s withdrawal from the Nonproliferation Treaty would be a major blow to the global nonproliferation regime. South Korea would be the first respectable, democratic country to withdraw. It would weaken disincentives for others to follow suit, including Japan and several Middle East countries.

South Korea’s acquisition of nuclear weapons would not be cheap, quick, or easy. South Korea has a world-class civil nuclear program. But it lacks specialized facilities needed to produce fissile materials and would have to build them. Developing and testing nuclear weapons, producing enough to have a credible deterrent, and ensuring a survivable retaliatory capability could take a significant number of years. And it would divert financial and human resources from conventional military capabilities and other national priorities.

The ROK would not escape significant penalties. A friendly U.S. administration might block UN sanctions, but countries like China could impose harsh unilateral sanctions. While a U.S. president could legally waive some sanctions triggered by U.S. law, some others would not be waivable and could significantly affect bilateral cooperation. And with Nuclear Suppliers Group members required to cut off nuclear cooperation, South Korea’s nuclear power program — which produces one-third of its electricity and relies entirely on foreign supplies of enriched uranium — would come to a halt.

The costs of South Korea going nuclear far outweigh the often-assumed benefits. The better choice is to continue relying on the U.S. extended deterrent. But given the growing DPRK threat, extended deterrence needs to be reinforced. One way to reinforce it is to give South Korea a greater voice in its planning and execution, including participation at the highest levels in crisis communications when the use of nuclear weapons on the Korean Peninsula is being considered.

Reinforcing extended deterrence in this and other ways would strengthen deterrence of the North and provide reassurance to the South Korean public. It could also reduce interest in less desirable options, such a South Korea’s acquisition of nuclear weapons.