The Open Championship returns to the home of golf, The Old Course at St. Andrews, on Thursday for its 150th tournament and the last major of the PGA season, with six Korean golfers throwing their hats into the ring at the sport’s oldest tournament.

A competitive field totaling 156 golfers will gather Thursday as they fight to win the most prestigious trophy in men’s golf. The Open dates back to 1860 and was first played at St. Andrews in 1873.

The Open is just the third tournament of the year for Woods, after he returned to the Tour for the first time in 14 months at the first major of the 2022 season, the Masters Tournament at Augusta National Golf Club in May. Prior to that, he last competed at the Masters Open in November, 2020.

A lot has happened since then.

Woods, a three-time The Open champion, five-time Masters champion, 82-time PGA champion and 15-time major winner, missed the 2021 Masters after breaking his right leg in multiple places in a potentially career-ending car crash on Feb. 23, 2021. At his first tournament in 14 months, Woods hit a 13 over par, 301 and finished in 47th place.

Then this May at the PGA Championship, Woods withdrew during the third round after limping to a nine-over-par. That was the second time in his career that Woods has withdrawn from a major and the only time he has done so based on a disappointing score. He previously withdrew from the 1995 US Open after injuring his wrist hitting his ball out of the rough in the second round.

Prior to the PGA Championship, Woods had not withdrawn from any event since Dubai in 2017 and from any PGA Tour event since the 2015 Farmers Insurance Open.

Before The Open, it was anticipated that Woods would play the second-to-last major, the U.S. Open in May, before heading to the last major of the season. However, he chose to skip the U.S. Open to give his leg more time to rest.

“The plan was to play the U.S. Open but physically I was not able to do that,” Woods told reporters on July 5 at the McManus Pro-Am before entering The Open Championship week.

“There’s no way physically I could have done that. I had some issues with my leg and it would have put this tournament in jeopardy and so there’s no reason to do that.”

Historically, the Old Course at St. Andrews hosts The Open every five years. Woods won his 2000 and 2005 titles on the Old Course, while having defended his title at the Royal Liverpool Golf Club in 2006.

As the 2020 edition was cancelled due to Covid-19, The Open takes to the Old Course this year instead. Last year, Collin Morikawa won the 149th trophy two strokes over Jordan Spieth of the United States at the Royal St George’s Golf Club.

The Old Course is not only one of the most historic golf courses in the world, but its greens are notorious for their size and undulations.

Jack Nicklaus, a three-time The Open champion, mentioned in his autobiography that St. Andrews’ seven “enormous, roller-coaster double greens” are the Old Course’s most distinctive feature.

“Although every golf tournament is to some degree a putting contest, the premium on the short stick at St. Andrews is greater than anywhere else in the championship game.”

With greens as wide as 112 yards, golfers will be facing some of the longest putts out there at the Old Course. Only four holes, the first, ninth, 17th and 18th have single greens.

Six Korean golfers will take to these challenging greens on the Old Course.

The Korea Open is part of the domestic tour but serves as one of the qualifying events for The Open, allowing the top two players to compete in Britain.

Kim Min-kyu was only able to win the national title after a grueling three-hole aggregate playoff against Cho on June 26. As both players will be hoping to repeat their success at St. Andrews.

Kim Joo-hyung, who plays predominantly on the Asian Tour, qualified via the 2022 SMBC Singapore Open, where the top four players were given The Open spots.

Kim Joo-hyung has picked up two wins at the Panasonic Open India and the 2022 Singapore International. He also has two KPGA Tour titles to his name, winning the 2020 KPGA Gunsan CC Open and the 2021 SK Telecom Open. As an amateur, Kim Joo-hyung won the 2017 Philippine Junior and the 2018 Philippine Amateur Open Championship.

Last Sunday, Kim Joo-hyung recorded his best finish at a PGA Tour event with a total score of five-under, 275, two strokes behind winner Xander Schauffele of the United States.

With his solo third finish, the 20-year-old rose to No. 39 in the Official World Golf Ranking.

The Open runs from Thursday to Sunday. 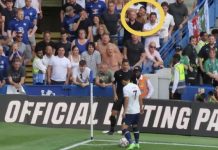 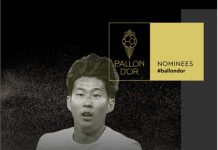 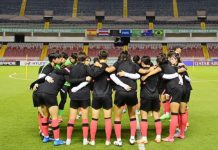