South Korea’s high-speed rail system KTX has extended its line right on time for the upcoming Winter Olympic Games to be held in PyeongChang, Korea. Thanks to the extension, people who are departing from Seoul can enjoy a day trip to Gangneung, a city in Gangwon Province known for great ocean view of East Sea and coffee.

The new line connecting Seoul and Gangneung was launched on December 22. During the first four days, a total of 151,700 passengers took the train.

The new line enables travel to the country’s east coast more approachable. Local businesses, including transportation and restaurants, are expected to be vitalized as well. 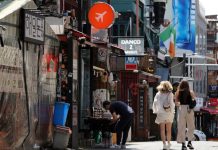